YES! We are offering virtual tours!

Kitterman Woods… the most pet friendly apartment community on the TREASURE COAST! 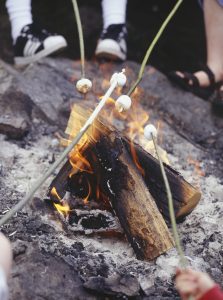 A s’more is a campfire treat that consists of a slab of chocolate and a toasted marshmallow sandwiched between two graham crackers.

Here are today’s five thing to know about Marshmallow:

To celebrate the National Toasted Marshmallow Day, make a campfire and indulge yourself with this sweet treat.